At first my research into Peter Bryce was part of a larger genealogical project. My father did not talk much about his family and I’m not sure he knew that much.  But I was curious about them and over the years I had been encouraged by my mother.

“You should look into those Bryces,” she said. “They’re a very interesting family.” My mother formed friendships with some of the women of the Bryce family, especially Katherine Best. From her, my mother collected a file of information.  After my mother passed away, I got her box of research, including a full Bryce family tree complete with birth and death dates, written in my mother’s hand.   I made copies of it, and still use it to this day when yet another cousin pops up and I have to figure out how we are related.

When I began looking into the Bryces, the only thing I really knew was family’s roots in Canada lay in Mount Pleasant, Ontario.   So I began my genealogical research with a simple internet search, using keywords like Bryce, Mount Pleasant, and so on. One of my first finds was this picture.

The description from the Brant County Public Digital Archive says This photograph depicts three of the Bryce brothers at the time of the golden wedding anniversary of George Bryce, Sr. in the 1890s. His two brothers who sailed to North America, and later settled in the United States, came to visit him.  One of these men was my great-great-grandfather, George Bryce.  But which one?

After reading more from my mother’s files and doing more research, a picture of the Bryces emerged.  In 1843, my ancestor George Bryce, his wife Catherine, and his two brothers left  their home in Doune, Scotland and emigrated to North America.  Scotland was in the midst of the Highland clearances and the brothers likely thought their prospects would be better in the new world. George was a blacksmith, and his brothers were bakers so they had skills which would be useful in the United States or Upper Canada.

They sailed to New York City and made their way up to Upper Canada through the Erie Canal, and then across the Great Lakes.  After scouting out his prospects, George set up shop in Mount Pleasant, Upper Canada – a community in the midst of prosperous farms, all of which would need the help of a blacksmith at one time or another.  The other brothers moved to the United States.

George Bryce Sr. became an important figure in his community.  He was prominent in the Presbyterian Church, and chaired the board to construct the building which still stands on Mount Pleasant Avenue.  He was also the Justice of the Peace, and his obituary in the local paper shows attendance at his funeral was overflowing.  George Bryce led a full and generous life, the kind of life he could not have led back home in Scotland.

I made an educated guess and decided the man on the right was George Bryce.  He was heavyset, like a blacksmith.  He also looked like George Bryce Jr. from the next generation – Peter Henderson Bryce’s brother (the Bryce family carried on the tradition of naming descendants after their ancestors for many years – there are many Peters and Georges).  The other two men didn’t look like they had done the heavy labour of the blacksmith.  But I kept looking at the faces, trying to imagine who they resembled among my brothers and cousins.

It would be enough for an immigrant family to Canada to have a child like Peter H. Bryce who would make such a distinguished contribution to his country.  But George Jr. also made a major contribution. 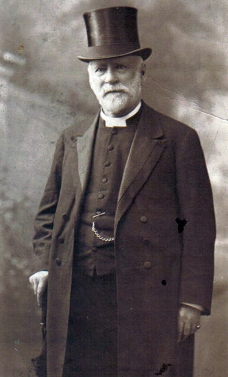 George Jr. earned a degree in theology at the University of Toronto in 1871, before striking out for the frontier prairie city of Winnipeg where he arrived shortly after the first Riel Rebellion.  George founded and was the first minister of Knox Presbyterian Church, and was involved with the founding of the University of Manitoba, while writing histories about Canada and Manitoba.

About a month after I published the photo of the three brothers on a genealogical site, I was contacted by a distant cousin in Chicago who was also descended from one of the brothers.  She explained that I had the people mixed up – George was the man in the middle looking at the camera with a mixture of curiosity and irritation.  The man on the left was Willie, who had moved to Cincinnati, and the man on the right was Peter Forbes Bryce. This was a picture of the three adventurers who fifty years before had sailed from their home to make their fortune and now here they were, old men celebrating their success. 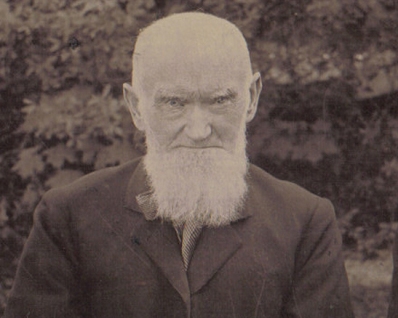 As I go through this journey to find Peter Bryce, I always feel the presence of my mother.  She knew I was interested in history and genealogy, and was careful to plant the seeds that led me to find this story.  So, on what would have been her 91st birthday, I tip my hat to Mom and thank her for many gifts, the story of Peter Bryce included. 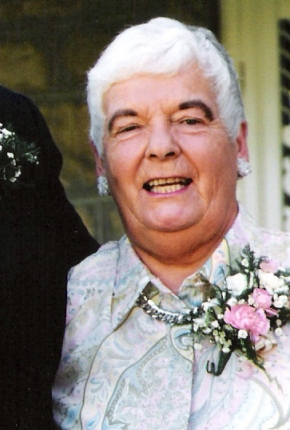 The documentary film Finding Peter Bryce is currently in post-production but it needs funding to be completed.  If you are interested in contributing, you can give through our partners, the Canadian Public Health Association and receive a tax receipt in return.  Go to How to donate to the Film to find out more. Click here to see the promotional trailer.   If you have other questions, suggestions or thoughts, please contact me at andyj.bryce@gmail.com